Part 2 - Getting the most inside the key

This section has been provided with BuffMe’s input (although he blames Shmoo) on the #Feral discord, so any errors please blame him - it is also somewhat volatile so any questions always check in with the Discord.

Generally speaking, depending on your talents, you can follow the below priority per target count.

In terms of maximising what you do pack to pack, when you first open on a pack the main things to keep in mind are as follows …

This means that if you come from the last pack with no CPs, it is optimal to Stealth, Rake opener, Thrash and then Primal Wrath instantly with the 2 or 3 combo points you get, then carry on with the rest of your rotation.

So, what about Rake - Well Rake in M+ is good, but only if the mob will live for enough of the Rake’s duration to make it worthwhile to spend the energy, so Rake in M+ comes down to two things…

Knowing what to cast

If you go by DPR, then Bite is better up until 9 targets:

But, if you go by DPE, then PW spam takes over at the ~4 target range.

Note that this is dependant on YOUR talent, stats and gear, so you should always check for yourself

Generally, more CD usage in M+ is better than optimal CD usage, so you should be looking and planning ahead to squeeze in CD uses, talk to your team, particularly your tank, ask questions like “how long between know and boss X”, to get an idea of when and how you can tweak routes to get more CD uses in play.

Currently we have two very strong CDs in M+ that can be used for both ST and AoE as well as working well together.

That said there are times and routes where CD usage matters, for example if your group is planning around a Pride burst window to burn down a group or a boss, or a particularly nasty pull that needs to be burned down to be efficient (e.g. SoA double pack mid-way through between 1st and 2nd boss with spear), then you need to hold CDs. Talk to your group and coordinate these types of pulls to make sure you have yours ready.

For more info on Convoke, check out the Beta Convoke Test Data

The Feral rotation changes a little in Berserk, as Combo Points gain value due to the refund and the Stealth-modified spells also gain value, it’s worth being aware of how to use Berserk in different situations:

Yup, this is a thing that exists, it’s feelycrafty more than factually mathed and simmed, but my (Fore’s) go-to is the below. The idea is to fish for Starfall, so make sure the pack will last long enough to get the full use of the Starfall AoE, and know that it has a 90% chance to roll on 4+ targets.

That said, I do think people undervalue Feral Convoke in AoE, i’ve gone up to 25k+ with a Feralvoke so feel free to mess around with it and see what works for you.

Sunfire - So Sunfire is potentially strong in M+, and you can weave it in when low on energy, the biggest problem though is that you are not in cat form and so are locked out of some of your utility and mob control that is arguably more important in a key.

Seasonal and affixes on all keys

Prideful is this season’s permanent affix on all 10+ keys. It boosts your damage by 30% for 1 minute when killed, and while alive does a pulsing AoE that ticks up in damage the longer the mob lives for.

You’ve got two choices when it comes to prides …

This basically comes down to…

In my M+ groups, we let the healer make the call, in pugs I’d probably make the call based on if the pride is at too many stacks at 50% hp left or if I want to pad …

It’s also worth adding, that you can outright skip the Pride if you move far enough away from it when it’s spawning and use an invis pot, which might be needed for the bleeding edge keys. This is mostly an MDI strat though so it’s not too useful in a normal setting.

Tyrannical - Bosses have 30% more health (recently nerfed). Bosses and their minions inflict up to 15% increased damage.

Tyrannical weeks are Blizz’s way of telling you to take a week off, a cancerous affix that makes keys unfun to play at a high level, turning boss fights into 3-4 min slogs.

Fortified - Non-boss enemies have 20% more health and inflict up to 30% increased damage.

Fort is your push week, as bosses die insanely fast and trash being more dangerous is something you can more easily play around. Look for ideal push weeks and get that io.

Spiteful - Fiends rise from the corpses of non-boss enemies and pursue random players.

Spiteful isn’t quite as bad for Ferals as it is for other melees, as we can abuse Balance Affinity to stay away from the ghosts and they also trigger resets from Pred. That said, make sure you get yourself a good WA or Plater import that highlights when one is on you so you can deal with it. They take something like 8% of their health every second, so ~12s to die off without any damage.

You can knock them back with Typhoon and Root them with a PS proc to get it away from you.

Explosive - While in combat, enemies periodically summon Explosive Orbs that will detonate if not destroyed.

Explosive orbs are in a weird place where they have <200 hp, one auto from anyone in the group will kill them, so simply get a WA/nameplate that tracks them and do your part, it doesn’t act as a DPS loss as you can still spam away with AoE.

So obviously Druid is good for this, and Feral is no different, Soothe the most dangerous mob in the pack and keep soothing things, keep it on CD - your tanks will love you.

Bolstering - When any non-boss enemy dies, its death cry empowers nearby allies, increasing their maximum health and damage by 20%.

Not a huge amount you can do about this, if you want big plays you can Cyclone mobs that you don’t want to get bolstered just before mobs around them die, so they don’t get the bolstering stacks.

Other than that, just make sure mobs die evenly and focus high hp mobs with prio bites or FF.

Inspiring - Some non-boss enemies have an inspiring presence that strengthens their allies.

Typhoon/Bash is insanely good on this week as the inspiring mobs themselves can still be CC’ed interrupted, and as they only have a ~15yd range where their aura applies, you can control the mob out of the group to allow for normal mob control on the rest.

Also, Inspiring is potentially a FF week, to nuke down those targets.

Quaking - Periodically, all players emit a shockwave, inflicting damage and interrupting nearby allies.

Not much you can do here other than get a WA to track when Quaking is “off cd” and be ready to spread - DO NOT cast Convoke when Quaking is off CD, it is a sure-fire way to trigger Quaking and make yourself upset.

Bursting isn’t a big deal to Feral, as with Survival Instincts and Barkskin we can mitigate a huge number of stacks, but you should probably watch out for your party as well. This is another one where you want to get a WA to track when stacks are dropping off and how high they are and be ready to stop DPS (or as much as you can as a DoT spec).

Necrotic is all about helping your tank. You should always watch out for your tank and use Roar/Typhoon when they are in danger even if they don’t call for it. It’s good to have chats with your tank before hand if you are in comms to discuss how you want Necro to play out, when they want you to Typhoon etc. Worst case, you can also taunt mobs/bosses to allow for a reset.

Volcanic - While in combat, enemies periodically cause gouts of flame to erupt beneath the feet of distant players.

As a melee, volcanoes shouldn’t really be something you have to deal with, stay in melee range of mobs and watch your feet when there are mobs at range.

Regrowth allows the removal of a Grievous stack, so you can use your Predatory Swiftness procs to instantly heal off a stack from yoruself, or a party member. This is a huge gain to survivability and should be done during times when the healer is struggling or you have spare GCDs from pooling.

Sanguine - When slain, non-boss enemies leave behind a lingering pool of ichor that heals their allies and damages players.

Typhoon is king on Sanguine weeks, the pools stick around for ~20s so it isn’t the end of the world if a mob dies in a bad spot, but you should be looking to Typhoon mobs on CD to push them into a better position.

Storming is a pain, but again something that Feral can deal with a bit better than other melee due to our high base speed and long claws from Balance Affinity, it’s just one of those affixes you play through and deal with.

Fair warning, all of the “Meld BS” is potentially fixable by Blizz, so don’t blame us if you do it and get 1-shot :)

We’ve also collected the below tips from a few sources, please let us know if they get fixed or do not work.

Although this is often left to tanks, knowing a solid route and the count that some mobs give, to be able to help edit your groups route on the fly with extra pulls or to deal with ninja pulls can be a huge gain. I’d recommend downloading something like Mythic Dungeon Tools and playing around with routes. 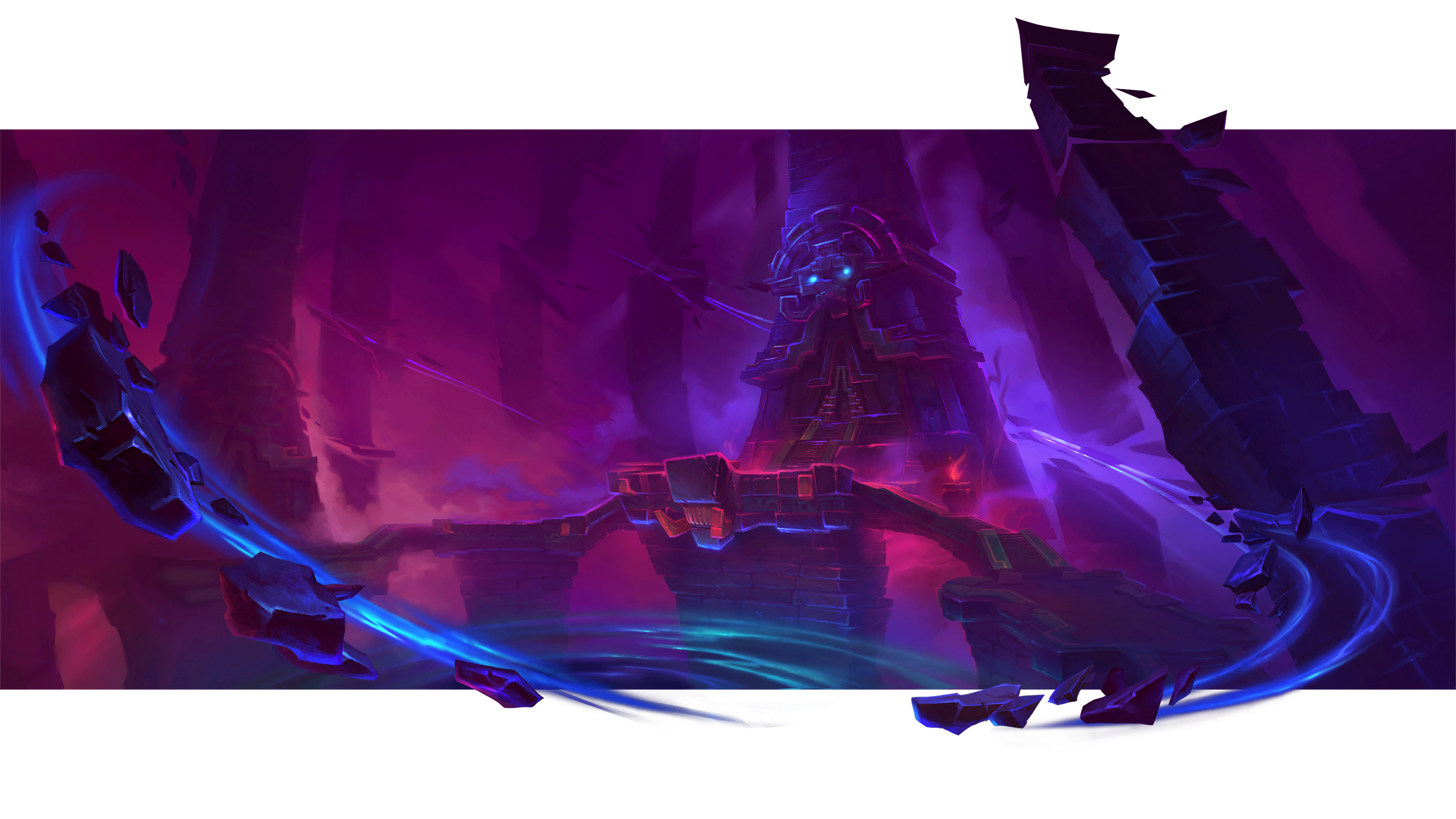 In the mecha area …

In the Hakkar area …

Wowhead recently did a very good write-up on Hakkar, who is arguably one of the worst designed bosses in this expansion, well worth a read: https://www.wowhead.com/news/mythic-dungeon-boss-breakdown-the-difficulty-of-hakkar-in-de-other-side-321605

In the Arden area … 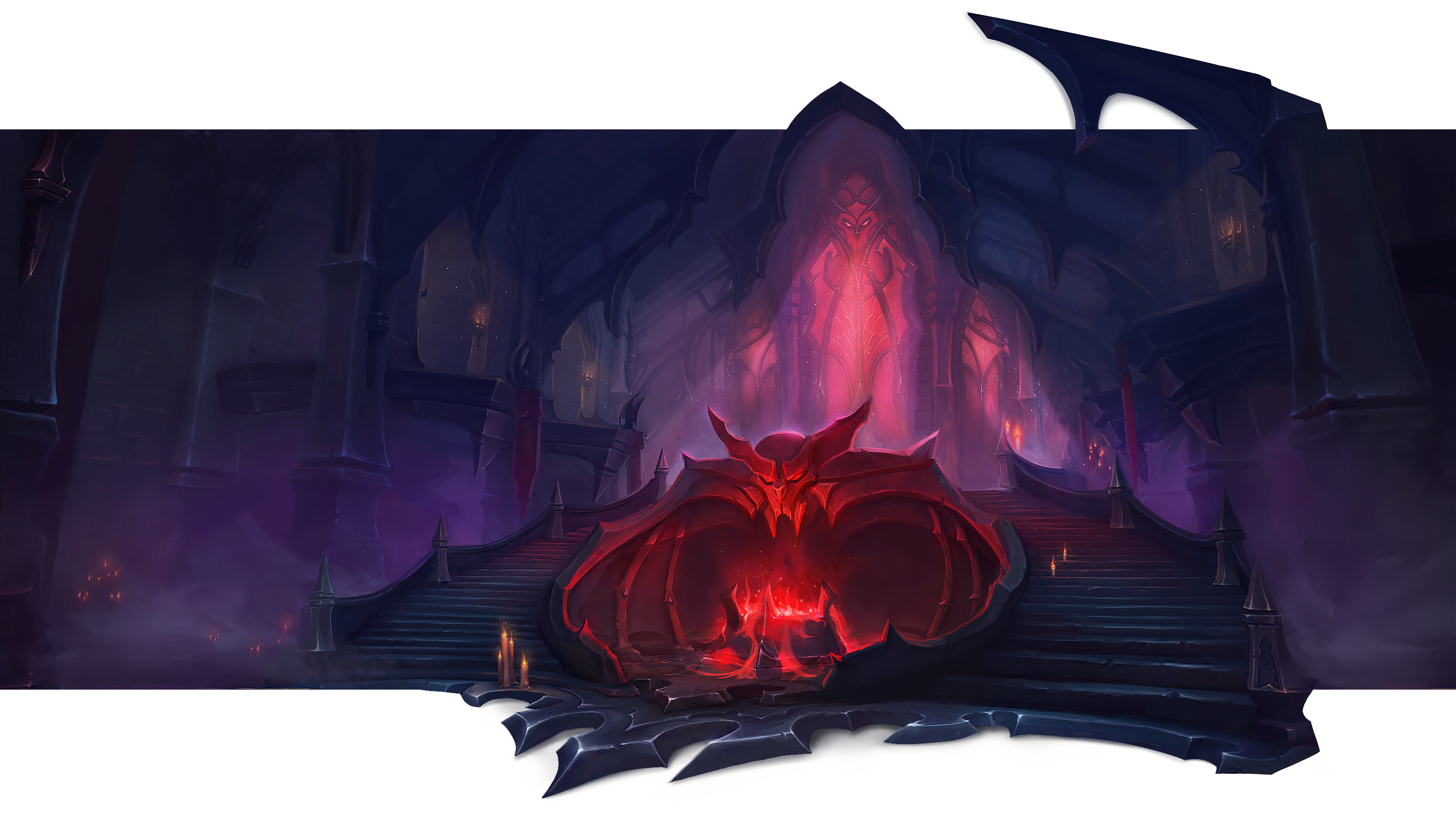 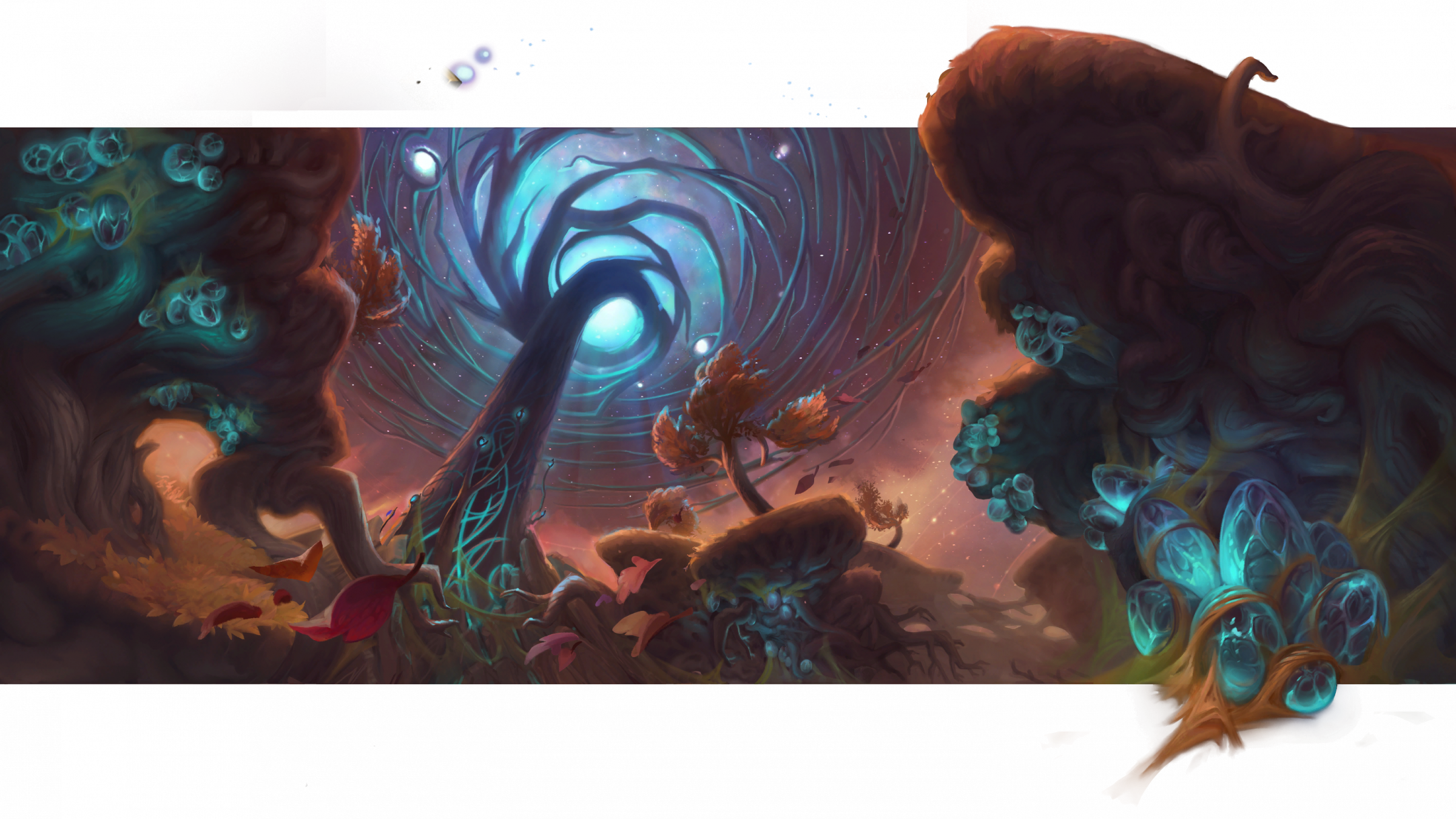 For the maze, get a good WA or Addon that shares the data with the party, to make this much faster - I recommend: https://www.curseforge.com/wow/addons/maze-helper-mists-of-tirna-scithe 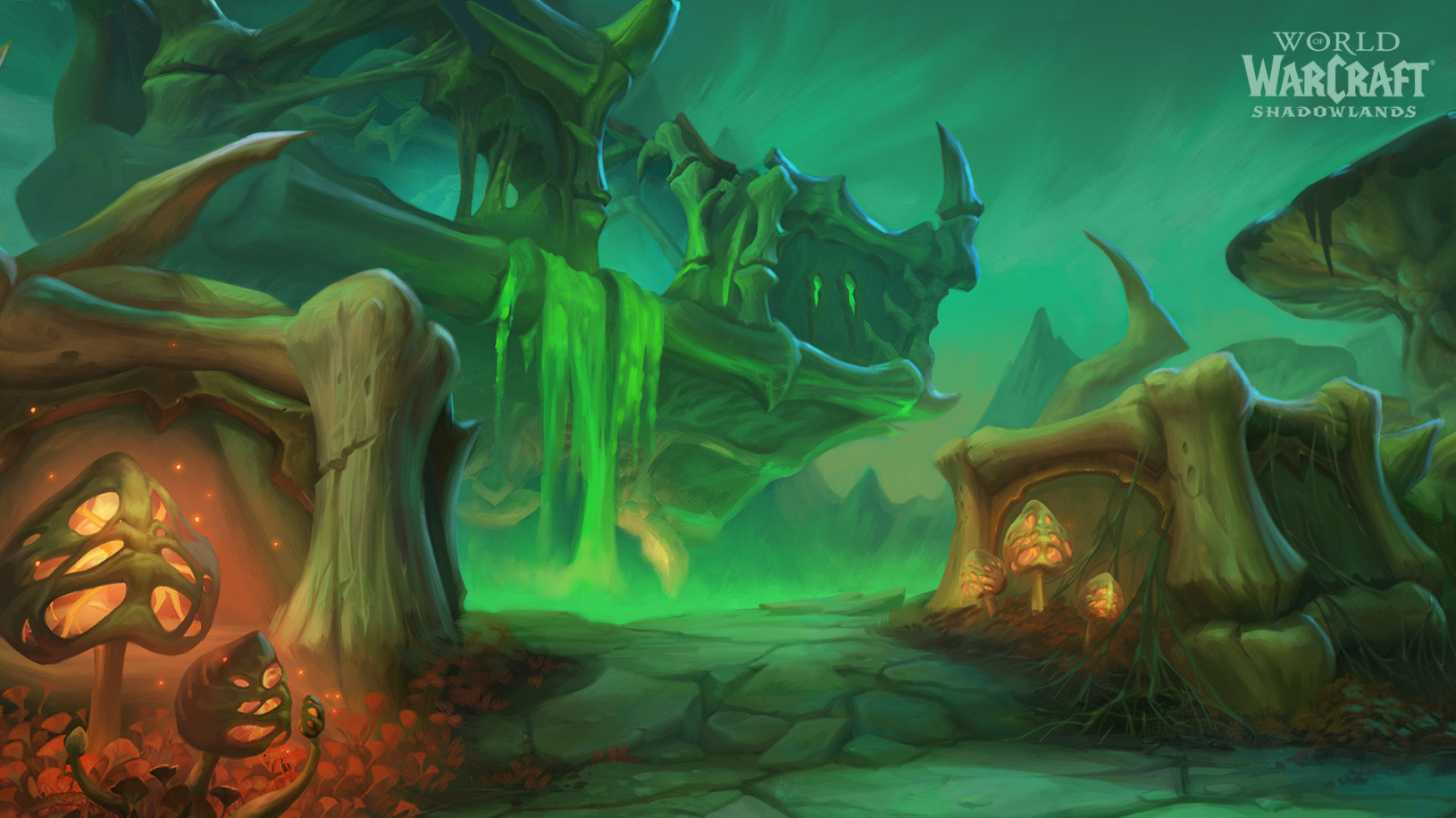 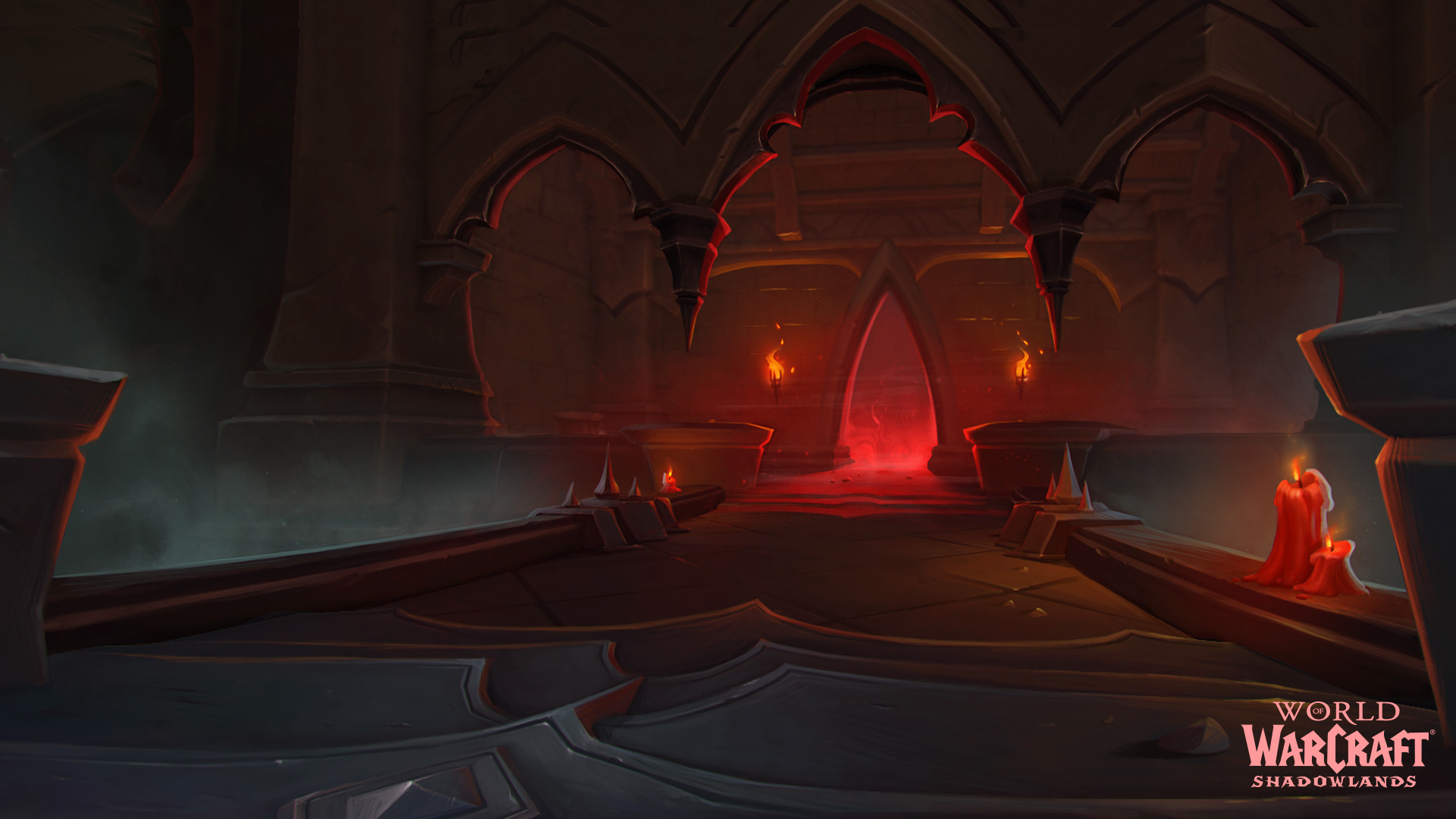 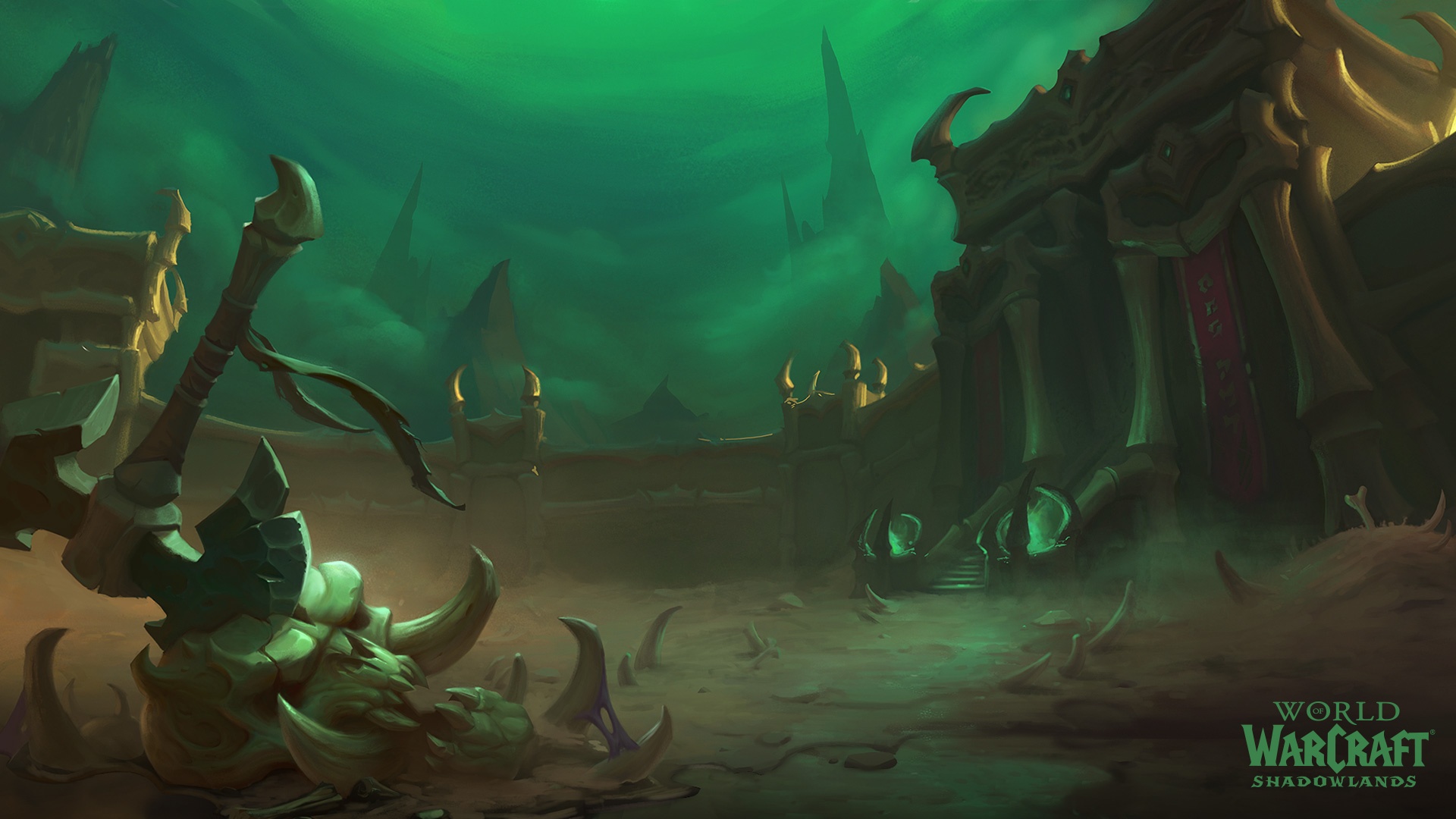 To be Continued in Part 3…