What would you like to see changed to M+ Feral

Talking from a specifically MDI perspective, the spec needs to have an AoE burst somehow, or just way more Rip damage if you want a spec to be good for MDI particularly, it needs short bursty CD for AoE and ST, that or really good consistent damage, even more than what we have right now, it needs to be reaaally good.

I think if Feral ever does get something bursty for AoE, it can be one of the top specs for MDI. I’d also like to see PW baseline and add a new talent instead in that row.

For me, Feral is in a spot where in M+ it is middle of the pack, and as always it’s more a community perception issue that Feral has had for a long time than an actual throughput/utility issue, as well as (and this is a general issue not just Feral) it is overshadowed by other specs’. Realistically if a spec can do even 1% more than you, it’ll see play over your spec, it’s the way meta and competitive games work, and unfortunately, this has a habit of trickling down to the general playerbase where spec really doesn’t matter for 90-95% of content.

When it comes to changes, you need to be careful to not just have knee-jerk reactions to the state of the meta at that particular time, like Treants & Innervate I see shouted about a lot right now, but throughout BfA Treants was a meme talent that no tank wanted. I’m all for getting these spells, but I don’t think people should see it as a viability silver bullet. Realistically, it comes down to homogenisation vs niche, does every spec bring the same things in different flavours or does each spec have a niche and a spot to fill? Realistically, i’d prefer the “bring the player not the class” mentality so I’m in favour of homogenisation over niche as Blizz have proven they have zero interest in designing fights to favour all specs individual niches.

I’d like to see a Feral modernisation akin to the one that Shadow Priests get every tier or two, things like …

As a complete side, I’d have preferred they left incarn as it was, and made Berserk work like BotE or Jungle Fury somehow, as a much more interesting button to press - there’s something about large crit windows that I love as Feral.

Also, target caps are dumb and should be removed across the board, worst decision since the GCD fiasco. At most they should still hit all mobs but have the damage spread across all in range, such a bizarre change.

Are there any reasons in M+ to play defensively? Eg. Resto Affinity or a damage absorption trinket.

Maystine: Unless you are pushing the highest keys and can’t survive a mechanic you don’t need to.

Fore: I loved running N’Zoth trinket in 8.3 high keys, as the 1min defensive it provided was nuts at a 2-3% DPS loss, so it’s worth thinking about at a high enough level to justify something like Scale or the Cheat-Death trinket, which are both a ~2% DPS loss, but I wouldn’t consider it until then - and I’m talking where things start to hard 1-shot, which is a point we haven’t really reached yet

How do I work out what I am doing wrong?

Maystine: Record your gameplay and try to see your mistakes (CD management,…) and for raiding you have a lot of logs to analyse and to compare yourself.

Fore: Recording your gameplay is the big one, the amount of times I get sent videos and see that berserk sits off CD for 4-5 mins at a time is scary

In a world where all the covenants we’re equally balanced, what would be the “best” for m+ and by what merits? Is Convoke just that strong? Would the Empowered Bond DPS do enough frequent burst? Does the burst from venthyr or the sustain from necrolords have their place?

Fore: It would still be Night Fae I’m afraid, as they’re all designed right now …

What trinkets for mythic+ and when to run them?

Fore: Quantum is flat out broken in M+ as you can basically guarantee it’ll proc’ stats every use, this is hard-locked and just use it with Berserk every time. Personally I take a passive trinket as my 2nd, so Phial or (when I get it) the 233 Vers trinket will likely be strong as well, roughly speaking you can go by this…

Fore: I don’t really use many macros specifically for M+, but obviously WeakAuras are huge, I’d recommend …

Nice interrupt macro that if you’re out of cat form you can spam to interrupt, and if you’re incat form it’ll just interrupt.

This is my lazy stun macro lol, that will prio’ using Bash, then fall back to Maim on the same key, not really sure if this is optimal …

This macro covers all affinity spells in all specs, nice to have

Also, you should set Plater up well so that you can see the casts and the target, so you know if someone is about to get every cast to the face and you need to act quick, or things like if a poly is about to go through on a Druid so you can ignore it and let it go through.

There’s also some affix specific stuff out there that shows things like the CD on quaking to help know when to be ready for it so it doesn’t interrupt convoke.

How do you best optimize Convoke and Zerk CDs in M+ when routing through trash? Using HoA as an example, I’ve been trying to use both off CD, convoke for groups and Zerk for priority targets like shard but it doesn’t feel quite right.

Fore: I went through this in more detail in part.2 in the Cooldowns section, but the summary is…

Fore: Honestly, at the end of the day, play what you want to play - Feral (and all specs) will be as good as you can play it, your skill with the spec will be a deciding factor much much before the spec itself is.

Get rid of spiteful

Fore: I wouldn’t say there’s any particularly anti-melee dungeons, but there are definitely anti-melee pulls or mobs, for example …

If you have a rip on the boss which is weaker than a rip you could apply now but the rip still has 10+ sec time, do you still apply the stronger rip or do you just bite and let the weaker rip last in the boss and only refresh rip in pandemic? And if you refresh the rip before pandemic, how much stronger should the rip be? Thanks in advance

Fore: I asked the man himself, sooo…

BuffMe: Rake: Clip below ~60% in general. For BT proc generation (if you use rake to specifically proc BT) 2 additional options…

Rip is the opposite: Never clip. If you have no SbT you wanna only refresh in pandemic, bite is way too powerful. With SbT you ideally never want to be in the position where you have a non optimal rip on the target, timing TF cooldowns with Rip refreshes is very important. In the case of having a non TF Rip up for whatever reason: don’t clip and deal with being bad.

When all soulbinds are fully unlocked do you feel one will be more useful in high keys? Is Niya’s poison more alluring in M+ because of the constant need for a melee interrupt? Will Koran be a good option if you can use first strike efficiently? Will the minor dps loss of Dreamweaver still be offset by Podtender’s cheat death like ability?

Fore: Oh wow did this really take that long to write that we’ve had soulbinds fully unlocked for like, 2-3 weeks now, my bad …

Do you also agree that everyone who uses square combo points should have their account blocked? 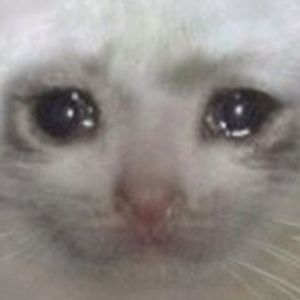 Is the sudden ambush conduit worth taking

Fore: Unfortunately not, possible as a Necro but as a Night Fae the TF or Conflux conduit are just better

How do I get in the group to begin with when pugging as a feral druid?

Maystine: Best option when playing a non-meta class, make your own group!

Fore: I know it sucks, and pugging can be soul destroying, but honestly this isn’t a Feral specific problem. The io meta is in full force and the only way to get invited to groups as most specs, is to have a high io. So my advice is to work up the ladder and grind it out, get that io, and it’ll be easier.

How much energy should you pool to set up BT?

Do you believe the spec will get buffs/nerfs? If so, to which abilities and why? I.e: Night Fae/SbT nerf, Necrolord/LI/SR buffs?

Fore: I’m actually terrified in between tiers of convoke nerfs, as I do believe that Feral would be worse off if any of the other covs were better than Night Fae, they just don’t really “fit” with the M+ meta as well as convoke does. For example if Convoke went down to 12 spells it’s be a different game.

In terms of the other stuff, i’d love to see AS get a real AoE change, maybe make it an aura from the target or something, a slightly longer CD but burstier playstyle would also be much better for M+, outside of that I guess we might see number tunings, but I can’t see any 8.1 reworks on the cards until the next expansion, but i’d be happy to be proven wrong.

FF vs BT with Circle?

Fore: Aaaaah… I really wish FF was better than BT, but it’s just not unfortunately, maybe when the bug is fixed and it correctly scales with weapon damage and base mastery, but for now honestly, it should be BT every key

Should I learn to play Guardian instead of Feral for m+ to get into groups easier?

Maystine: But then you won’t be playing feral, if you want to do m+ as feral and are struggling to get into group, you can always make your own.

Hello! I wanna say ty for all the information and also wanna ask about Niya, should I run Burrs or just 2 potency conduits in general?

Fore: Double potency is just better than Burrs in M+, so I’d go with that - check out part.1 for the Soulbind run through.

Maystine: We all know the purple one from mage tower is the best

This has taken more time than either of us expected when we decided to do this, so I really hope at least a few people learned some stuff or it opened up some ideas or plays you might not have thought of.

M+ is always evolving, so good chance this will all be redundant in a tier or so’s time lol, always happy to chat about M+ strats, builds, ideas, meme pulls and to help Hippo relive his MDI dreams one day.

Any questions or comments, hit me up on Discord in the normal place.

I hope this guide will help you to learn some stuff for your m+ journey, because it requires a lot of knowledge if you want to push really high keys and not only from your class, but also each mob.

You can ask me anything on discord, I will always try to answer the best I can. And soon after the last MDI cup I will finally be able to stream some feral content!